How to Do Contingency Billing Print

Many attorneys take on Contingency cases and some do them solely. In order to set up a Contingency Matter, follow these steps:

To Create the Contingency Matter:

Even though the client would not be billed in such a way, it is not uncommon for an attorney to create time entries on their Contingency Matters. The advantage of doing so is to know how much time was put into a Contingency Matter and weigh the final fee against the time spent working for it. Your CosmoLex software allows you this ability. Simply create a Timecard as you would for an Hourly-billed case. When doing so, the Timecard will note that the entry will be UnBillable because it is a Contingency Matter. 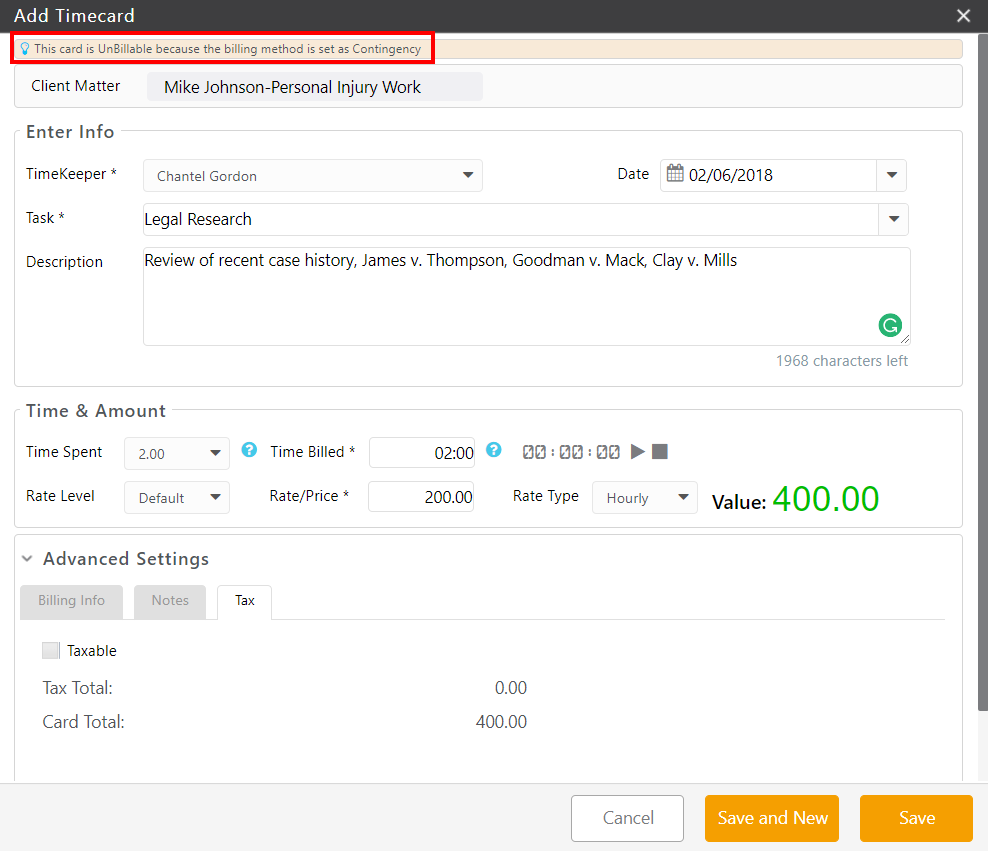 GENERATING A BILL FOR FEES IN A CONTINGENCY MATTER

When the case concludes and the award is handed down by the court, use the Edit function on the Matter screen to enter the final figures for your Contingency Matter. In the below example. The court awarded the petitioner $50,000 and your fee is 15% of the award. When you enter those figures into the two spaces next to Judgement, the software will calculate your Final Price which you would then invoice the client.

From there, you can generate an Invoice for the Matter. For assistance on how to do this, click HERE.

As with any other type of case, an attorney will encounter having to pay for reimbursable expenses by creating a Hard Cost Expense. For assistance on how to do this, click HERE.

Did you find it helpful? Yes No

Send feedback
Sorry we couldn't be helpful. Help us improve this article with your feedback.